LinkedIn: Zoltayné Paprika Zita
ZitaZoltay Paprika graduated from and obtained her PhD at the legal predecessorinstitutions of Corvinus. Her main academic field is Decision Theory. She wasappointed Head of the university’s Decision Theory Department in 2005, servedas Dean of the Business School between 2014 and 2020. In 2009 she received theUniversity Gold Medal, in 2012 she was chosen CEMS Teacher of the Year. 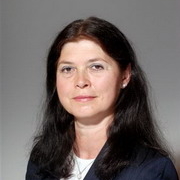