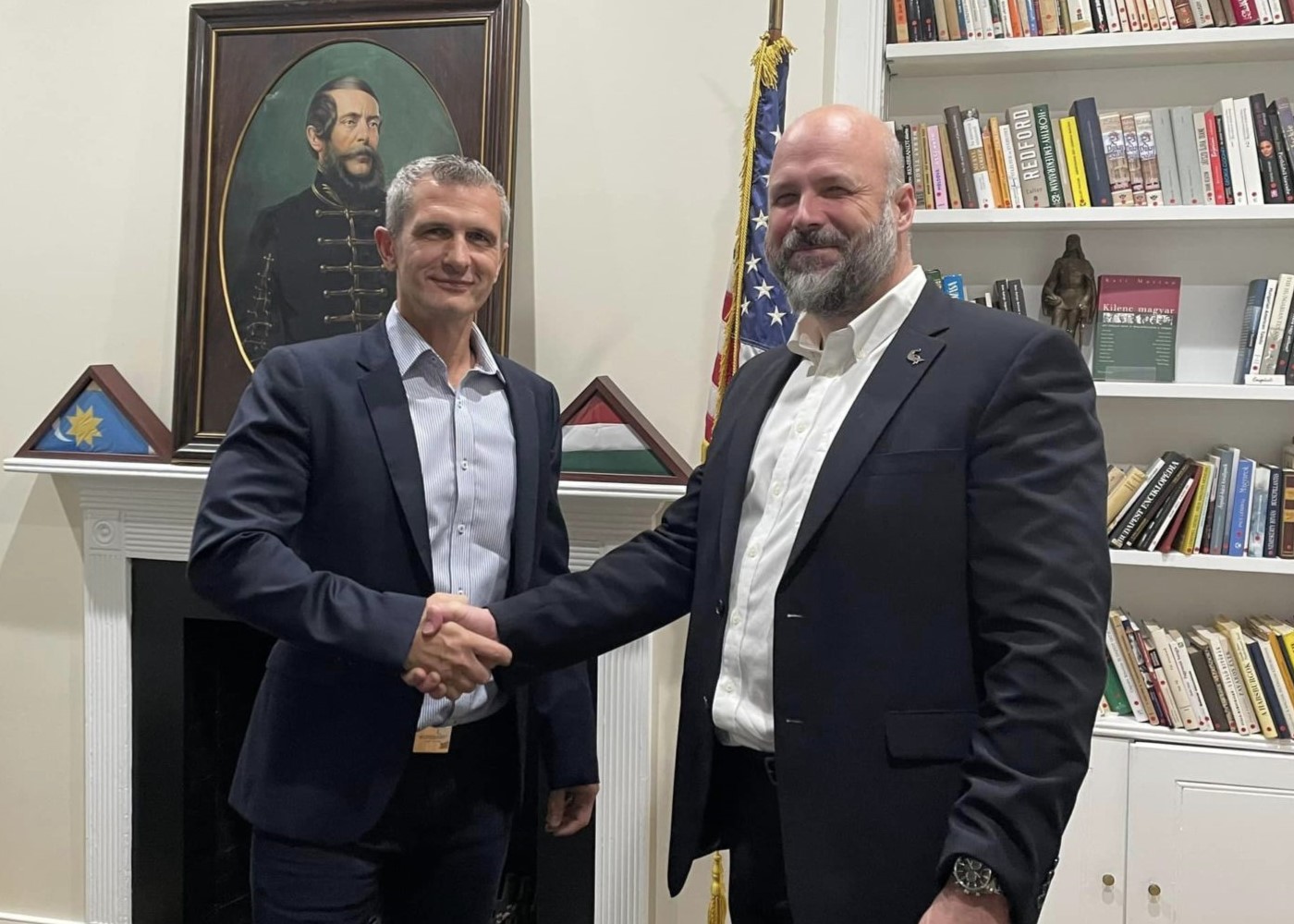 The Rector of Corvinus University: the University’s scientific results are opening doors to international cooperation

“The scientific results achieved by Corvinus University in recent years are opening doors to a wider international cooperation” – the rector of the higher education institution stated in Washington, from where he travelled to Princeton University on Sunday, 13 November 2022.

Előd Takáts made a presentation about the transformation process of the University in Kossuth House in the capital city of the USA in Washington on Saturday evening, describing that process, in an interview with the Hungarian News Agency Corporation (MTI), as “the fight of excellence with mediocrity”. “It is an eternal struggle, which can be found in every organization that is striving for excellence” – he added.

He explained that, in the past 35 years, excellence has repeatedly been defeated by mediocrity at the University, and now a process has begun in which serious progress has been made in many areas. “This includes the ‘internationalization’ of the University, as well as international research activities” – he said, providing the example, in support of this statement, that the number of highly-ranked scientific publications has tripled in the past three years, i.e. Corvinus has tripled its research performance.

According to Előd Takáts, the statement that excellence is in the front instead of mediocrity is also illustrated by the facts that the University is the first institution in Hungary that has succeeded in obtaining accreditation from the American AACSB (Association to Advanced Collegiate Schools of Business), and that the proportion of foreign students has increased from 10 to 25 percent.

The results achieved by the University are opening doors, so Corvinus has recently signed cooperation agreements with many American and European universities – the rector pointed out, who also said that the University has entered the international labour market: this year they have already hired 17 foreign lecturers.

He mentioned that the flexibility provided under the arrangement that the maintainer is a foundation has made it possible for the University to attract professors to Budapest from Berkeley, one of the world’s leading universities. However, the rector emphasized that, even though this structure involving the foundation provides flexibility, this cannot be a reason for wasteful practices. He said that they must carry out their activities by applying very strict, cost-saving financial management measures.

As an example for the international institutional collaborations started by the University, he mentioned that Corvinus and the London School of Economics have jointly held a series of conferences, of which a book has also been compiled. The rector will present this book at one of the leading universities in the United States, Princeton University, where the goal is to lay the foundations for additional collaborations. The institution in the state of New Jersey, where he was a master’s student between 2002 and 2006, will be visited by Előd Takáts on Monday, 14 November 2022.

This website uses cookies to improve your experience while you navigate through the website. Out of these, the cookies that are categorized as necessary are stored on your browser as they are essential for the working of basic functionalities of the website. We also use third-party cookies that help us analyze and understand how you use this website. These cookies will be stored in your browser only with your consent. You also have the option to opt-out of these cookies. But opting out of some of these cookies may affect your browsing experience.
SAVE & ACCEPT
X
GEN.:2022.12.01. - 19:06:37