Smart homes, mental well-being, air pollution and DNA recognition - such ideas competed with each other in one of the region’s top university startup competitions. The final was held at the Startup Safari in Budapest, where we were able to follow many other exciting programs as part of the Danube Cup journey. We present the winners and a roundtable discussion in which three successful startup leaders discussed the most important issues of being an entrepreneur. 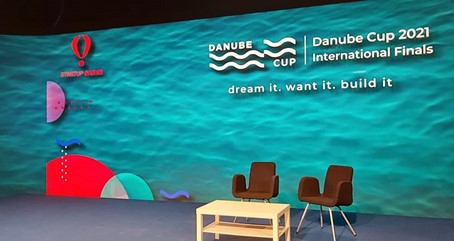 International success from a student idea

The Danube Cup has for years connected the University of Technology and Economics on both banks of the Danube, as well as the Corvinus University, but not only with each other, but also with other international universities. According to the creed of the organizers, the mission of the competition is to bring start-ups to international success, while bringing together the most motivated university startups from both sides of the Danube. This year, the fifth cup was organized in the region, the final of which could be followed by the Startup Safari on April 21-23. between.

The competition became international last year, and by 2019, four universities had already participated in it, but it has not yet taken place as a wandering cup. In recent years, more and more foreign universities have joined the initiative. It is now open to students from the Universities of Belgrade, Vienna School of Economics, Passau and Linz, as well as the East Bavarian Technical College in Regensburg. This year's international round was organized by the Hungarian team, but next year the Vienna team will take over the organization. 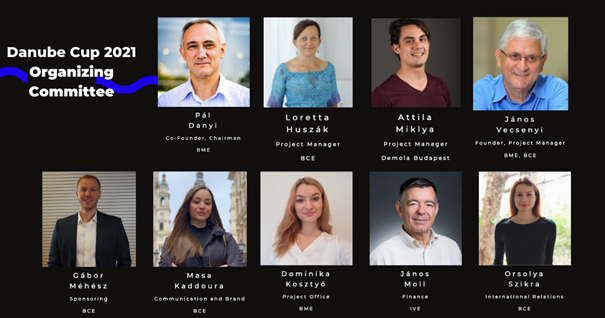 This year’s finals of the competition were held online due to the pandemic. The six teams that made it to the finals had four minutes per head to convince the international jury that his startup idea was the most viable. This year, university teams from four countries - Germany, Austria, Hungary and Serbia - made it to the finals: Pionize (Passau), Co-writers (Budapest), Perun (Belgrade), Caire (Vienna), Mentalead (Regensburg) and Edufund (Budapest). The pitches were presented in English to the jury and the spectators, who later had the opportunity to vote for the audience favorite until the jury made its decision and the Danube Cup guests of honor shared their experiences of being an entrepreneur. The final decision was with the jury, which ranked the startups as follows. 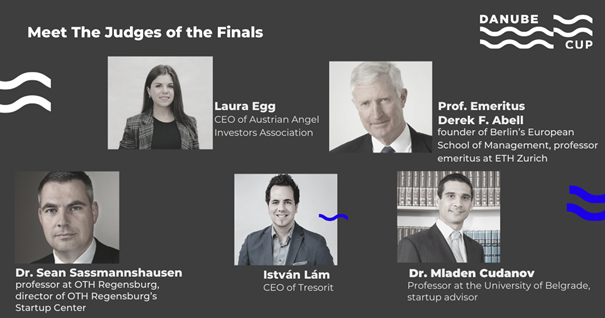 Finishing in sixth place is Pionize in Passau, the team is bringing an innovation to the area of smart homes. An application has been developed that simplifies the management of smart homes: there is no need for a separate application to contorl, for example, temperature, refrigerator, shutters, as Pionize has all the functions as an umbrella app. It is also committed to simplicity, making it easier to use and understand smart devices. Although the pitch went well, it was not clear to the jury how the team would compete with a number of major competitors in this popular market.

Fifth place was taken by Co-Writers at BME,, who created an interface where online role players can meet and create new stories. The founders represent a very exciting and growing subculture: online role-playing games are very popular among gamers. The jury liked the idea very much, but the definition of the business model and competitors was not entirely convincing.

Fourth place went to a Corvinus startup, EduFund. The founders are all international students who have themselves faced the problem of having difficulty accessing information about various public and private scholarships. EduFund has been dreamed of as a place students preparing for university can easily and transparently access the various scholarships shared by public and private sector actors on the forum. Reading the idea, many of us must have been happy, the jury enthusiastic, but it missed the mature customer segment, both from prospective students and scholarship providers.
Copied to clipboard
GEN.:2021.05.14. - 06:15:37