Corvinus reform: “you shouldn’t have to go abroad because there are no good trainings at home”

One year ago, Corvinus University formulated its strategy until 2030, the key elements of which are quality and internationalisation. This year, the best Hungarian economics training provider has admitted 20 percent fewer students, but it is too early to talk about the output achieved by the good input, because international rankings will only show the expected development in 5-7 years.

An annual ‘transformation party’ was held on 24 July at Corvinus University. This sounds like a more prestigious champagne event, which in reality it wasn't, instead the heads of the university, i.e. Rector András Lánczi, President Anthony Radev, Chairman of the Board of Trustees Zsolt Hernádi (Maecenas Universitatis Corvini Foundation) and Deputy Rector Lajos György Szabó, evaluated the year at a restricted backroom meeting.

This academic year evaluation meeting may have peaked the interest of the wider public because ‘University of Economics’ operated, in many ways, in a new position during the 2019-2020 academic year.

This was the first year that the formerly state-run institution was operating in the form of a foundation maintained form.

Moreover, this challenging situation coincided with the fact that the coronavirus undermined so many international aspirations in scientific life (teacher and student exchanges, scientific collaborations and conferences).

"By 2030, we should be training the vast majority of the region's leaders!" - all university aspirations that include quality, regional excellence and internationalisation can be summed up something like this, in one short sentence.

According to András Lánczi, the moment after the line is drawn (i.e. the admission point limits) is always important, the number of applicants and the point limits (or even more so the average point score of the admitted students) reflect a lot about the current state of a given institution.

The goal of Corvinus is that while, of course, seeing the world is a useful thing, but the best secondary school students should not have to go abroad because at home there are no opportunities to receive quality economics training.

According to the main figures, in 2020 the institution admitted twenty percent fewer students (only 2,800 students instead of 3,500), but internationality certainly increased (one-third of students attend foreign language programmes).

Among the content elements, the rector emphasised that his old desire was to bring the teaching of political economics back to the institution, which would mean not the contemptuous (ideological) training of the past system, but Central European political economic history.

"Still, it's nonsense that if we want to learn something about each other, we have to go to the United States." - quoted Slovenian Ambassador András Lánczi.

According to Lajos György Szabó, the proportion and importance of Corvinus did not decrease in higher education, this year, as before, 8 percent of those applying for higher education programmes indicated the University of Economics, and 5 percent indicated it as their first choice.

In the past, there was a fear that if the university were to become a private institution, more students would have to pay for education. Well, that wasn’t the case, in 2019, four out of five students could study for free, a rate no worse than in previous years, and only one student had to pay a tuition fee.

Zsolt Hernádi considered it important to note here that we should use the term self-financed, as the person paying a tuition also does not pay all costs within the fee,and also, not to forget about the student loan, an interest-free form that could be aptly called ‘student support’.

According to Lajos György Szabó, the high average quality of the students is well indicated by the fact that the average point scores were high for all the different programmes, around 445-466 points.

As the Deputy Rector put it: "We were once again able to admit exceptional students, now the task is to prepare them so that they can find themselves a good position in business organisations, or in the government sector."

Good ‘human material’ also goes through a selective process during the university years, and the university has dropouts, but as the Deputy Rector put it, the goal is not to have students resembling wheelbarrows that only get as far as they are pushed.

According to Zsolt Hernádi, it is important for companies to know how much they can rely on students from the university.

A key element, for example, is the scholarship, as Anthony Radev put it:

“It is not the goal for half of the students to be already engaged in low value-added activities in addition to university, to be working full-time, or to be working in the ‘gastronomy industry’. If, instead of waiting tables, a student receives a scholarship or a specific work task at university through which they can also learn, it is much more progressive.”

According to Radev, last year the average scholarship per student increased from the previous average of HUF 12,000 to HUF 70,000.

As the President said, last year Corvinus' budget was HUF 16-17 billion, this year's budget will be HUF 21-22 billion, which includes teacher wage increases, and also the fact that university has hired 44 new teachers in one year.

All of this is good and nice, but it has been a recurring question on several occasions when the quality will show in university rankings. It turns out, only after quite a long time.

According to Zsolt Hernádi: “In fact, the most important factor is what position the graduated students can find and what income they are able to realise there, but of course there are many other elements in such indicators, student/teacher ratio, number of foreign students and teachers, number of scientific publications and citations."

However, as Lajos György Szabó also said, in the upcoming updated rankings, often only the elements between 2016 and 2019, or only between 2013 and 2018 are viewed from these data clearly measured in the past (for example, in the case of publications), i.e. the current changes are by definition not yet visible, but at least the 2026-2027 level will already appear in the 2030 list, which is the target of the strategy.

On 11 March, the news also reached the University of Economics, we must switch to distance education. As Lajos György Szabó recounted, they only had the few days of the rector's break, the one-week early spring break and the two weekends to modify the traditional ‘classroom education’ of Corvinus to digital distance education. Fortunately, taking advantage of the existing e-learning platform system (handling classes, tests, papers, slides) and the online communication capabilities of Microsoft Teams, all 3,000 courses at the university switched to online mode, and from then on students did not wander through the corridors looking for their classes, but tried to navigate through the icon system of this platform from home.

All this is quite simple, but where there were many foreign students, and in all different time zones, it was not possible to provide everything in real time, because then some people would always have to be awake at three in the morning, therefore downloadable recordings of certain classes were made.

As for the future, the same number of foreign students applied again from September, but as András Lánczi put it, there are a lot of questions, many things are delayed, everyone is playing around with time and these shortcomings are, of course, destructive. It is true that if the foreign student does not come, then the Hungarian student will not go out either, there is, however, some effect and counter-effect. 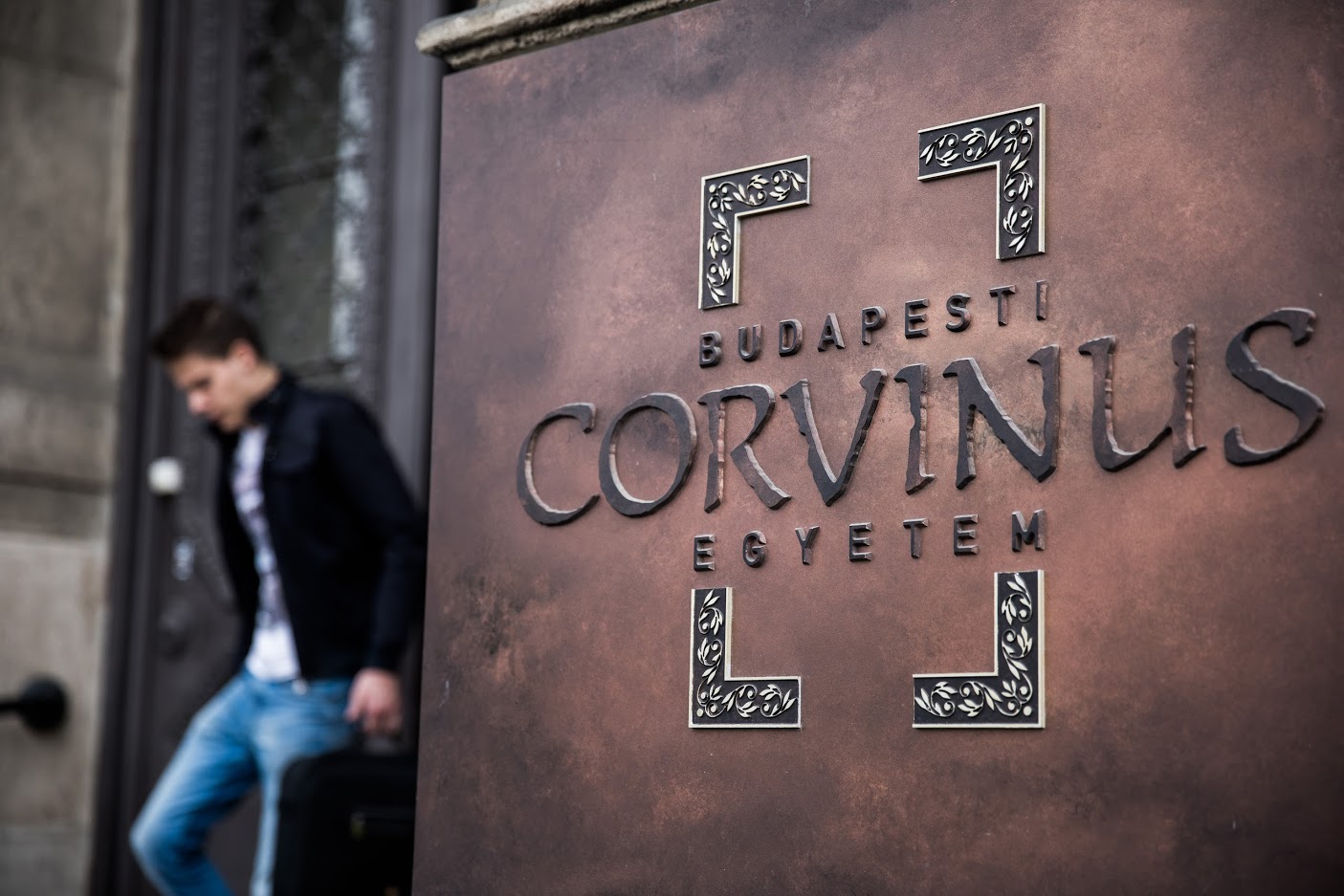