Handicap version
Back to main page

The publication co-authored by Jhanghiz Syahrivar and Tamás Gyulavári was published in the Asia Pacific Journal of Marketing and Logistics.

This research relied on an online questionnaire. Purposive sampling yielded a total of 238 Muslim respondents. The authors employed PLS-SEM analysis with the ADANCO software to test the hypotheses.

First, this research illustrates how religiosity, guilt and social control may contribute to Islamic compensatory consumption. Islamic business practitioners and retailers targeting Muslim consumers can benefit from this research by knowing that Islamic consumption may be driven by socio-psychological factors, such as religious hypocrisy and guilt. As a result, businesses targeting Muslim consumers can develop marketing strategies that incorporate these religious elements while also addressing their socio-psychological issues in order to promote Islamic products. Second, Islamic business practitioners and retailers may consider the social environments in which Muslims are raised. The authors’ findings show that religious social control has direct and indirect effects on Muslims’ preferences for Islamic products as a form of compensatory strategy. Islamic business practitioners may design marketing programs that revolve around Muslim families and their Islamic values. It is in line with the previous studies that suggest the connections between religions, local cultures and buying behaviours (Ng et al., 2020; Batra et al., 2021). In some ways, Islamic products can be promoted to improve the well-being and cohesion of family members and Muslim society in general. In this research, the authors argue that businesses’ failures to understand the socio-psychological motives of Islamic consumption may lead to marketing myopia.

As previously stated, religion (i.e. Islam) may be a source of well-being and a stable relationship among Muslims. Nevertheless, it may also become a source of negative emotions, such as guilt, because of one’s inability to fulfil religious values, ideals or standards. According to the authors’ findings, Islamic products can be used to compensate for a perceived lack of religiosity. At the same time, these products may improve Muslims’ well-being. The creations of products and services that revolve around Islamic values are expected to improve Muslims’ economic conditions and strengthen their faith and love toward Islam in the globalized world. Moreover, Muslims, both as majority and minority groups, face increasing social pressures. On one hand there is the (in-group) pressure to uphold Islamic values and on the other hand there is the (out-group) pressure to preserve the local values and cultures. Indeed, living in the globalized world may require certain compromises. This research calls for various institutions and policymakers to work out solutions that enable all religious groups to work and live in harmony. 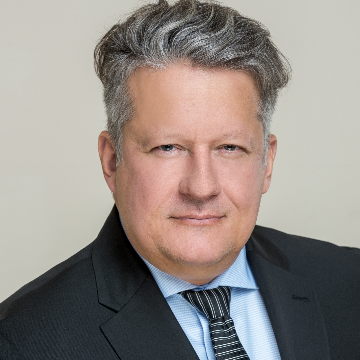 This website uses cookies to improve your experience while you navigate through the website. Out of these, the cookies that are categorized as necessary are stored on your browser as they are essential for the working of basic functionalities of the website. We also use third-party cookies that help us analyze and understand how you use this website. These cookies will be stored in your browser only with your consent. You also have the option to opt-out of these cookies. But opting out of some of these cookies may affect your browsing experience.
SAVE & ACCEPT
X
GEN.:2022.11.29. - 05:14:59