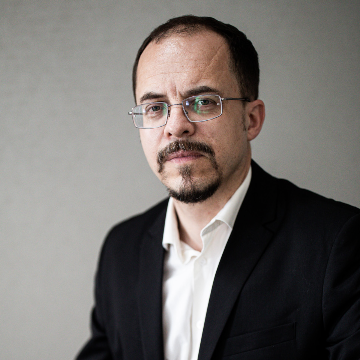 Moderate government is a classic doctrine. It has been considered the best solution of preventing tyranny and anarchy alike.

Moderate government is a classic doctrine. It has been considered the best solution of preventing tyranny and anarchy alike. However, its expositions tend to be entrenched by the technicalities of constitutional and public choice theory. Its normative defenses largely remain with the confines of the history of political thought.

This book aims at providing an analytical defense of it. It addresses the issue of moderation but within a broader perspective of reflecting on how governments have developed with inherent constraints. It offers an analysis of the Antigone and Measure for Measure to discuss the necessary fall of tyranny, and the problems of how to distinguish between order and disorder. It is then argued that doing political theory is another important constraint on governments. Even conceptions that envision an unconstrained sort of government run into difficulties and as an unintended consequence, confirm the soundness of the idea that governing is an inherently constrained business. The book then takes issue with the recently growing awareness, associated with political realism, that governing is as much a personal as an institutional activity. In this context, the virtue of moderation will be discussed, and shown how it grows out of the experience of shame, whereby we are made conscious of our limitations of control over ourselves. Governing is to a large part about control, and as a personal activity it preserves the centrality of shame, and the insight that moderation is the best way to maintain effective control without pretending to have full control.

Then, the book discusses three offices of government, traditionally considered to be the pivotal ones: the legislator, the chief executive, and the judge. Each will be analyzed by help of three fundamental distinctions: normal vs exceptional times, personal vs institutional aspects, and governing vs anti-governing. They highlight and confirm the inherent constraints of each office. Finally, three political conceptions of governing will be discussed, ending with a reflection on the principle of the separation of powers.

Zoltan Balazs (1966, Sopron) holds an MSc in Economics and Phd in Political Science. He is a Professor at the Institute of International, Political and Regional Studies at Corvinus University, and Advisor of the Institute of Political Science of the L. Eotvos Research Network. His main interest is in political theory and moral philosophy, in particular, in relations such as power, trust, authority, and political obligation, moral and political values, and the political theory of governing. Besides the canonical and classical works in political theory, he has been increasingly relying on literary works as well. He has also contributed to the history of Hungarian political thought and has been active in the discussions of the political and moral philosophical thought of Hungarian-born, and internationally more and more reknowned phenomenologist philosopher Aurel Kolnai. Zoltan Balazs has written extensively in conservative thinking, publishing essays and articles, and he has translated many books into Hungarian.

His latest works include The Principle of the Separation of Powers: A Defense (Rowman and Littlefield, 2016), Political Thinking in Hungary (with Csaba Molnar, in Hungarian, Osiris, 2020), The Sun of Homer, Essays (in Hungarian, Gondolat, 2020). His articles appeared also in English, German and Polish journals. Besides a number minor topics, he is currently working on the problem of political succession.