Anthony Radev, President of BCE: “We can truly make it real”

The Corvinus University of Budapest, which is now managed by a foundation, is undergoing a significant transformation within the framework of the Corvinus Renewal Programme, which affects the organisational structure of the university, the expansion of the teaching staff, the development of the educational portfolio and the internationalisation and practicalisation of training. The only goal behind the complete reform of the university is to make the institution internationally competitive by 2030 as planned.

An interview with the President of the Corvinus University of Budapest, Anthony Radev, was organized by the Arena Programme of InfoRádió Arena, during which we were able to hear details of the Corvinus Renewal Programme.

As an initial step in the transformation, referred to as the Corvinus model, the Hungarian State transferred the right of funding the university to the Maecenas Universitatis Corvini Foundation, to which it made available 10-10 percent of the shares held in MOL Nyrt. and Richter Gedeon Nyrt. From now on, the dividend of these companies will give the budget of Corvinus, which is planned to reach up to HUF 30 billion forints in the future. All of this serves the purpose of making the university internationally competitive; more specifically, it currently plans to become one of the 100 best higher education institutions in Europe and the 200 best in the world by 2030, leaving behind its current Central and Eastern European competitors and catching up with the Vienna University of Economics (Wirtschaftsuniversität Wien).

Corvinus has sought to reform its operation throughout the past decades, but after a long attempt, it has become clear that it cannot be successful just from its own resources. For this reason, it was decided that external assistance was needed for the renewal, with Anthony Radev, who had a two-decade-old McKinsey history and the University of Economics as his alma mater was appointed to the university’s newly created president’s position.

The implementation of such a volume of reform naturally required an organizational reorganization of the university, as a result of which the faculties were abolished and the university became a large unit under one-tier management. In addition to the Rector in charge of the academic side and the Chancellery for Finance, a Presidential Organization has been established, headed by President Anthony Radev, which oversees central functions such as Human Resources, Corporate and Institutional Relations, International Relations and Student Services.

As according to the management of the institution, the quality of a higher education institution is determined mainly by the quality of the graduates and the university's recognition in the academic world, Corvinus will in future contract a number of internationally renowned, prestigious lecturers and researchers. Agreements are currently negotiated with 5-10 renowned foreign professors, but we would like to raise this number to around 30 in the next few years. In the words of Anthony Radev, research is an integral part of education, as it ensures that teachers do not give the same lesson to all students for thirty years, but that the knowledge passed on by them remains up-to-date and relevant. To support the continuous self-development of researchers, the university will develop a career model that ensures that its teachers do not have to look for additional job opportunities outside the university. 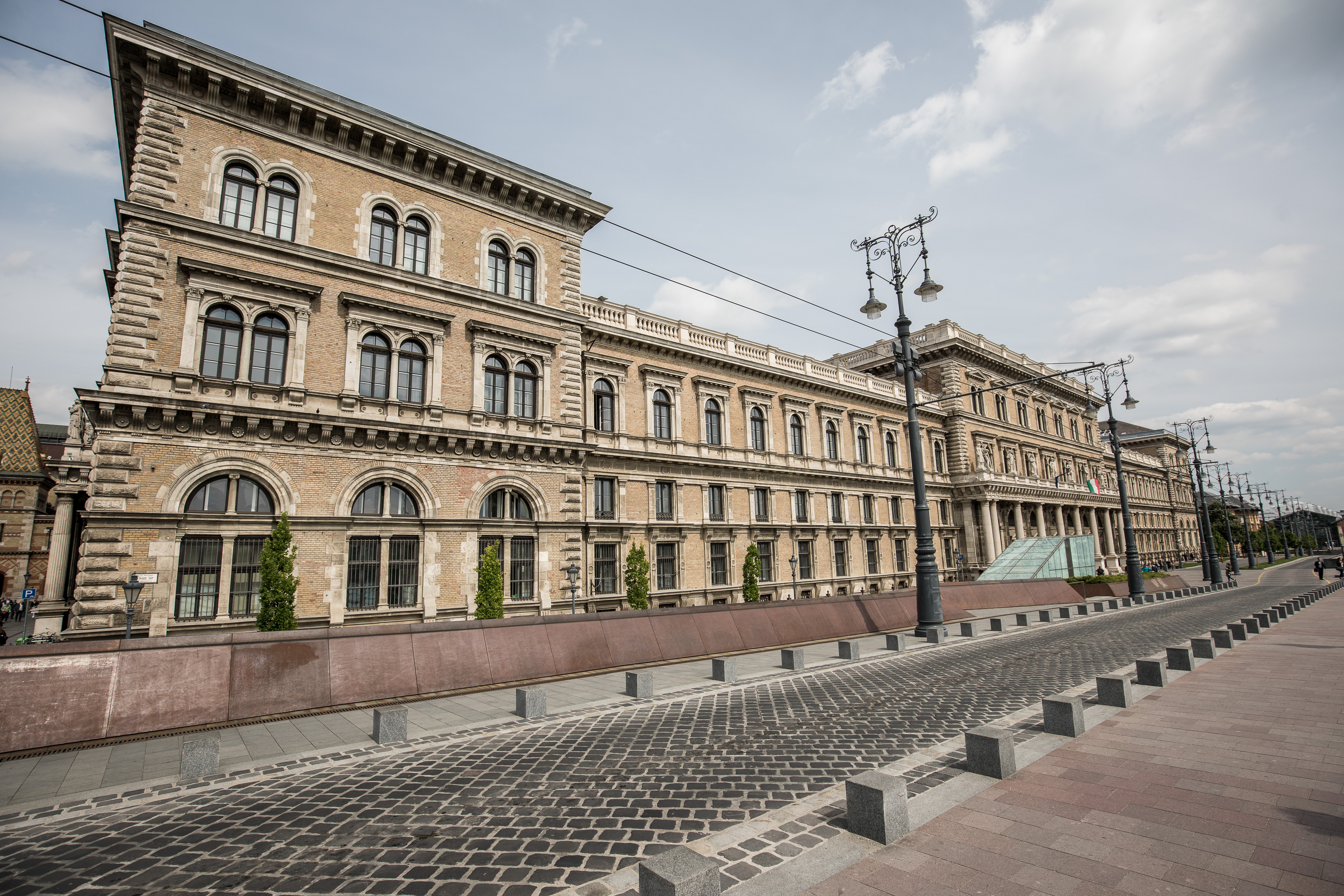 As far as the quality of graduates is concerned, the university makes every effort to raise the standard and value of education to the highest possible level. At present, a significant number of students in leading Hungarian grammar schools continue their studies abroad, hoping that they can receive a higher quality education. For talented young people, the competitiveness of a university largely depends on the companies where they can get a job offer from after graduation. Although the Corvinus degree is considered valuable in Hungary, it is not yet of high enough quality for the world's leading companies operating on the global stage. This is well demonstrated by the fact that when an Oxford graduate and a Corvinus graduate apply to a world-leading company, the latter is taken into account only if the former did not meet expectations. According to the management of Corvinus, this disadvantage of Hungarian students can be attributed to several reasons.

Although Hungarian higher education has also developed continuously in recent decades, this has taken place with a different dynamism than in the case of foreign institutions, which are now leading universities. The Bologna system, which was introduced at a sudden pace, did not live up to expectations either, as in Hungarian higher education it currently works mostly in such a way that all knowledge is crowded into basic education and master's education has become a more detailed, in-depth iteration. There is a definite need to fine-tune the system to make it worthwhile for students to complete their master’s programs and also plan to continue their studies. The slower pace of development has caused backlogs in domestic universities, as a result of which graduates do not have the skills needed to hold a position in a world-leading company today. Anthony Radev's personal experience also shows that significantly fewer Hungarian graduates can pass the graduate test of McKinsey & Company than Dutch, German and English graduates. Skills such as problem-solving skills, managing performance pressure, and managing top-down communications are becoming increasingly important for companies. However, students who graduate from Hungarian universities do not seem to be able to master these qualities properly. The Corvinus University, which operates from the resources of a foundation, now has everything it needs to make a difference, and a number of projects have been launched to achieve this.

The education portfolio is also facing significant development and expansion, complemented by several courses that are in high demand today, such as Data Science, Behavioural Science and Philosophy, Politics and Economics (PPE). At present, what we know is that in the Behavioural Science course it will be possible to acquire knowledge of behavioural psychology that will allow to understand and influence consumers' behaviour and preferences; while the PPE may be a perfect choice for those who do not yet know exactly where they want to go, but want to get a comprehensive overview of the areas of history, thinking, logic and politics.

As part of internationalization, foreign language education is also undergoing a change, as while currently only 20 percent of programmes are in English, we would like to increase this to 50 percent in the coming years to ensure that graduates' language skills already meet global standards and market expectations. Of course, the expansion of the courses available in English is also expected to increase the number of foreign students, from the current 10-15 per cent to 20-30 per cent.

In order to improve the quality of students, it is particularly important to make the training practical, as the university aims to train graduates who can actually be employed by companies from day one. In addition to the transfer of theoretical knowledge, the development of students' critical thinking and creativity will be given special attention from now on, and there will be more opportunities to solve and present specific case studies and to work in teams. In addition, Corvinus will in the future work with the corporate sector to track graduates, which will allow for continuous improvement in the training provided by companies in terms of the qualities missing from Corvinus graduates, thus making graduates significantly more competitive in the international market. All in all, Corvinus primarily aims at bringing reality to the university, thus ensuring that Corvinus graduates have an equal chance to start life as students graduated from Oxford.

As a result of the renewal, the average monetary value of a Corvinus degree can reach USD 700,000 in the future. It also follows from this that the price of cost-effective training may increase, to approximately HUF 600,000 every six months, which is considered an average tuition fee among internationally competitive universities. However, given the quality of the educational content and the high standard of the training, the value for money shows that it is worthwhile for students to pay the increased tuition. In addition to self-funded financing, there is, of course, the possibility of winning a Corvinus scholarship, which covers the tuition fee of 60 percent of undergraduate students in bachelor programmes and 85 percent of master’s degree graduates.

Anthony Radev is very optimistic about achieving this goal and believes that Corvinus University of Budapest can truly become an internationally recognized higher education institution by 2030. Although the Corvinus Renewal Program is still in its infancy, by September this year it is expected that new entrants will be able to experience a completely different reality to what Hungarian universities have been able to offer so far. 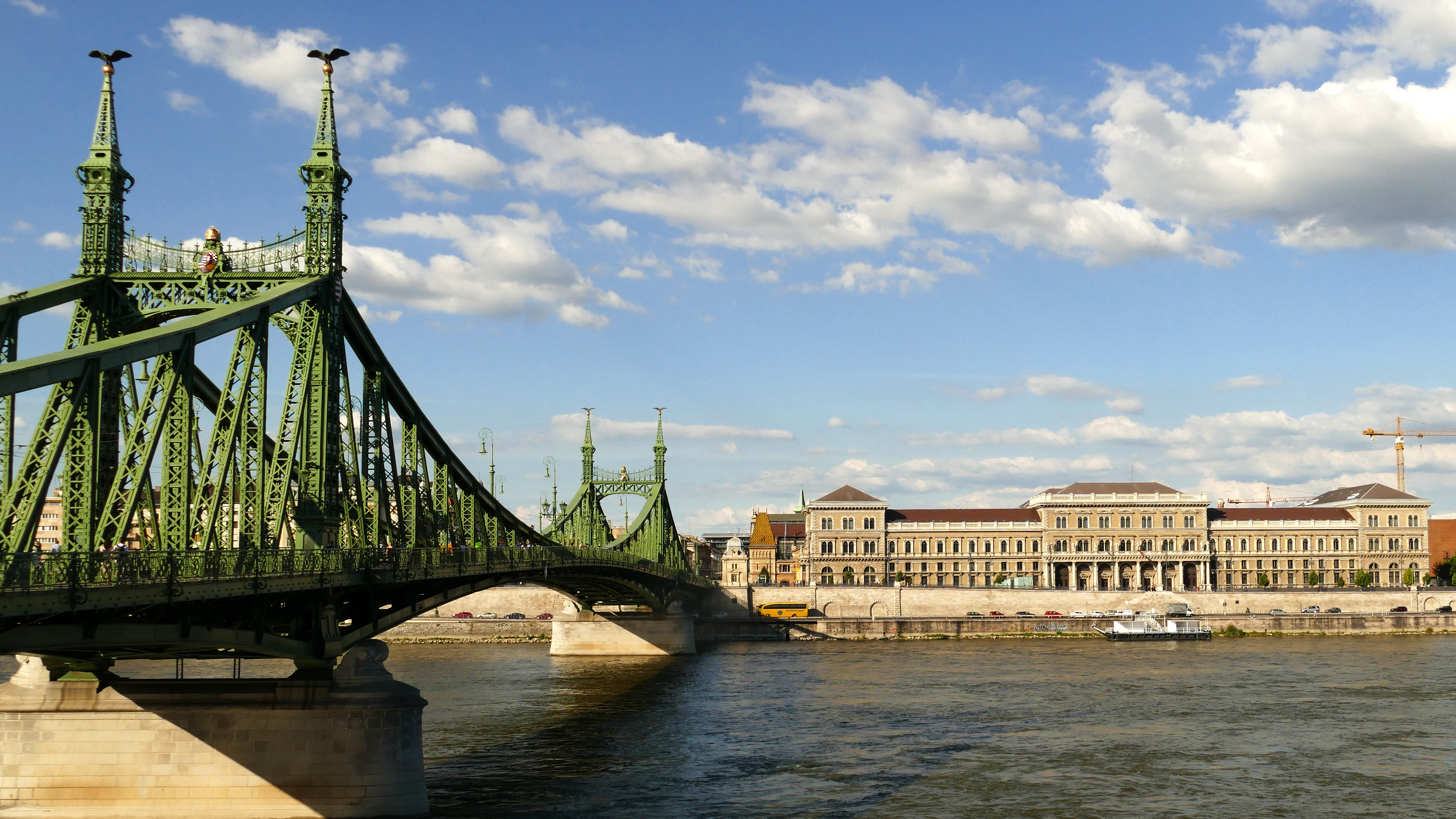