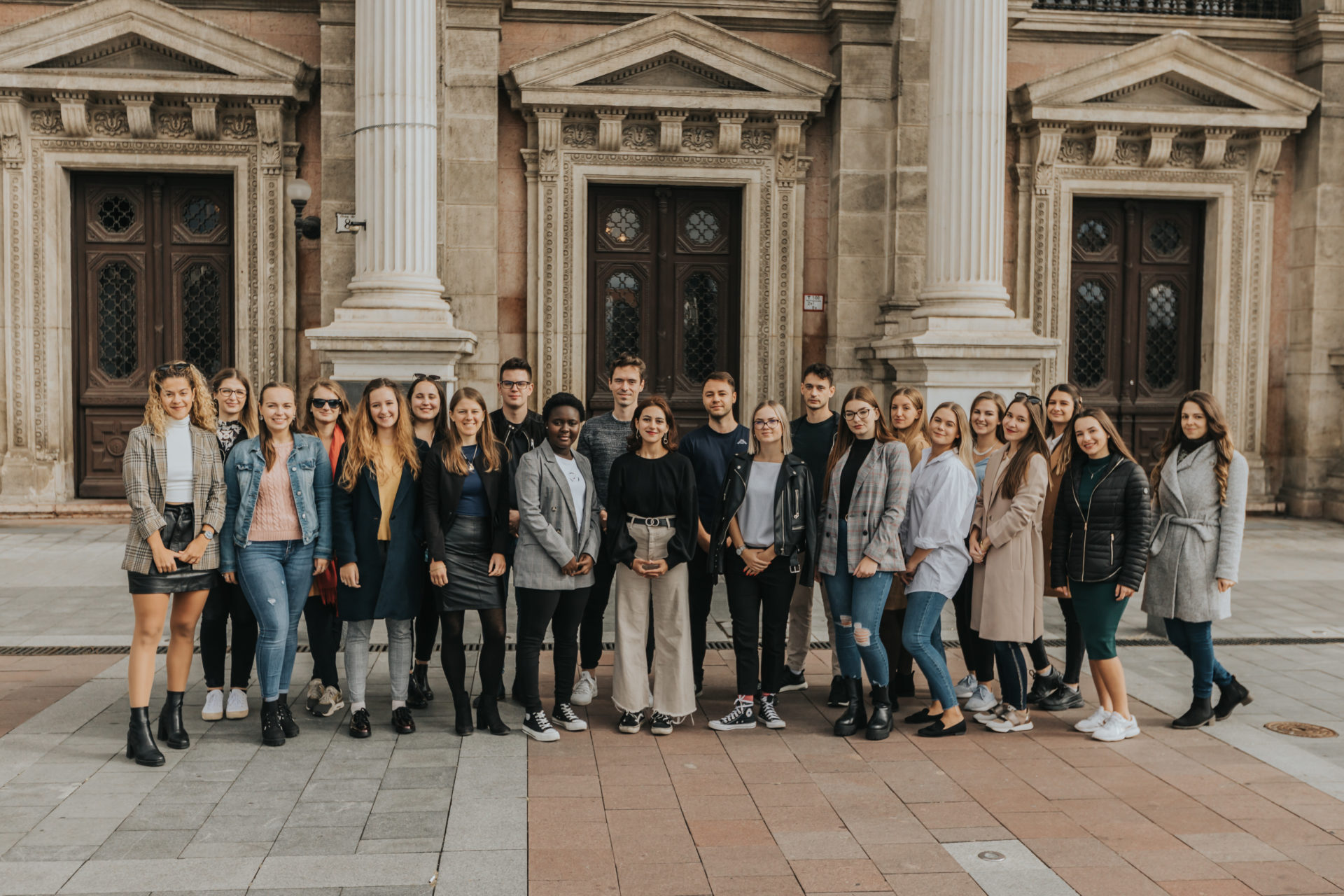 Renewal is necessary, this is what the students expect

Significant changes have occurred in Corvinus University of Budapest after the transition to the foundation structure. As a result of the transition, several programs were renewed and new programs will follow in the future.

Significant changes have occurred in Corvinus University of Budapest since the one year after the transition to the foundation structure. As a result of the transition, several programs were renewed and new programs will follow in the future.

The Vice-Rector said that they had started to review the educationportfolio of the university and define the long-term goals two years ago.

Internationalisation is an important strategic objective of the university: we want toincrease the number of foreign students continuously, thereby creating a trulyinternational environment for our students, and want to offer Hungarianstudents programs after the completion of which they can succeed in both thenational and the international labour markets.

The faculty structure ceased at the university as of February, and itwas replaced by 12 university institutes and 3 competence enters. “The transformation was necessary to eliminate unnecessaryparallels, for example, separate faculty study offices”, while cooperationamong the educational and research units should increases iun course of theprograms and the research – highlighted Lajos Szabó.

The programs will undergo content and methodological renewal. Accordingto the Vice-Rector, this was necessary for several reasons. Firstly, upon theintroduction of the Bologna process, a strange fragmentation developed in thebusiness bachelor programs. There are too many bachelor programs, with too manyspecific programs; furthermore, the material learned in the bachelor programoften reoccur in the masters program as well. The goal is to ensure that thebachelor programs become truly foundation programs, while specialised knowledgeis taught in the masters programs. In Mr. Szabó’s opinion, it has not been easyfor students to choose the appropriate bachelor program, since at the age of 18or 19 they do not necessarily know what exactly they want to do in the future.However, in the new system less bachelor programs are launched which in turnhave broader baes and are truly integrating, and the specialisation occurs inthe second half of the program, mostly in the third year, by which time thestudents will already have sufficient knowledge and experience to be able tomake a good decision.

We favour competencedevelopment, not the teaching itself. This is not about disrupting the balanceof theory and practice but about teaching the application of theory in practiceas well, through lifelike exercises, examples, projects and problems. Studentscan learn efficiently if we involve them, if they are active participants ofthe teaching-learning process; in this way such core competences such ascritical thinking, communication skills, problem-solving and cooperation can bedeveloped .

In the opinion of the Vice-Rector, the change in the approach is in theinterest of both the students and the market, as companies, institutions andfuture workplaces expect the students to leave the university with knowledgeusable in practice as well.

Our education systemis often criticised for being too knowledge-centred and that it does notdevelop the competences, skills and attitude enough. In the framework of thetransformation and renewal project Corvinus tried to changes this as well.

The studying and development process of the student will be helped bymentors. The new system is launched in the renewed programs this year: inthe new system the lecturers mentor and support a few students, they can becontacted if anybody has a question, is stuck or has professional dilemmas, andthey will provide help in career counselling as well. This makes it mucheasier for the students, and they will have more opportunities to proceed anddevelop at their own paces.

Four programs were launched already in the renewed form this autumn

Four BCE programs were launched already in the renewed form from the autumnof 2020:

The transformation of the International Management programaffected not only the approach but the duration of the program as well: insteadof the previous seven, the program now lasts eight semesters, and it can becompleted exclusively in English. The additional one semester is completed bythe students abroad, organised by and using the relations and cooperation BCEhas with partner universities. Therefore, the students can gain experienceabroad while studying in the programs of Corvinus.

There is a dual reason behind the reform of the Applied Economics andthe Economic Analyst programs:

Today CorvinusUniversity is the only institution that launches such economic programs inHungary, therefore this increases the responsibility of the university evenfurther: we are training the economist generation of the future. Sharing modernknowledge also means that we must be up-to-date.

The expert explained that those students who had started the programsrenewed this year earlier will not suffer any disadvantage either, since thefaculty members of the university will bring the new approach to the programsof upperclassmen as well, therefore the change of approach will be notices byall students of the program concerned.

The developments made recently to the programs represent merely thestart of a long process – Corvinus wants to review and renew all programseventually. In addition, negotiations are ongoing about the launch of newprograms, which are launched for the first time and are unique in Hungary. The DataScience in Business program is planned to be launched as a bachelorprogram, which is designated to answer especially business problems andquestions, and which will be launched only in English.

The Philosophy, Politics and Economy (PPE) bachelor program is also expected to be launched in English inthe future; this program will provide an essentially an integrated economics,political and philosophical approach to the students, and the program can becontinued in various masters programs.

Corvinus wants to launch the Political Economy program firstamong the masters programs in Hungary. The name of the program is the same asan old subject, however, its content will be completely new andstate-of-the-art; one focus will be Europe, while the other focus will beCentral Europe.

Another masters program currently under development will be the BehaviouralAnalyst program, in which the triad of organisational behaviour – consumerbehaviour – social movements will be in the focus. The InternationalDevelopment masters program is also being developed, the basic concept ofwhich was supported by the Hungarian Development Bank as well and reassured theCorvinus that it will support the program.

Lajos Szabó emphasised that the goal is to provide real experience-basedknowledge at the university, and in the spirit of this, the already existingprograms are transformed and new programs are created while adapting to themarket needs as well.

This website uses cookies to improve your experience while you navigate through the website. Out of these, the cookies that are categorized as necessary are stored on your browser as they are essential for the working of basic functionalities of the website. We also use third-party cookies that help us analyze and understand how you use this website. These cookies will be stored in your browser only with your consent. You also have the option to opt-out of these cookies. But opting out of some of these cookies may affect your browsing experience.
SAVE & ACCEPT
GEN.:2022.05.21. - 06:50:39