The Institute for Economic and Public Policy was established in 2015 based on four departments sharing similar and closely connected academic profile. These academic units had already maintained intense collaboration in the field of teaching and research.

These core characteristics have distinguished the Institute from other academic units of the Faculty and of the whole University. The Institute’s mission is to conductin the multidisciplinary and interdisciplinary education and research of public governance, in a research-oriented, highly professional, problem- and practice-oriented manner that embraces the results of economics and public policy, as well as of other associated academic fields.

The Institute has a vital role in the above academic and scientific area not only in Hungary but also in a regional perspective. It has a key role in leading European and global organisations of its academic field and hosts its annual conferences at Corvinus regularly. The Institute’s researchers have leading positions and roles in these organisations, thus the Institute’s cooperation in research and training activities connects us to European and North-American Institutes of the highest professional level. Our researchers are regular authors and members of the editorial boards of high-prestige journals 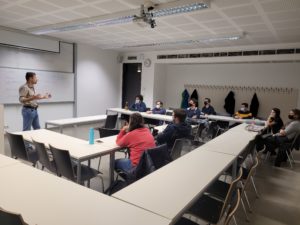